Meet the Richards Family! Frank and Dana Richards are locals from Valdosta and recently received a construction loan from CBC Bank to remodel Dana's childhood home. A true labor of love, the couple has breathed new life into the old home and preserved memories for years to come.

Originally from Cogdell, Dana’s dad was a tree planter for Union Camp. He was previously married with two girls and after his late wife had passed, he needed someone to watch his girls. Through a mutual friend, he found Dana’s mom. That's when he came to Valdosta, put all of her stuff in bed sheets, and moved her to Cogdell, Ga. The rest is history.

Dana’s mom and dad ended up falling in love and getting married. A city girl at heart, Dana's mom had enough of the country life in Cogdell, and after a while wanted to move back to Valdosta. Her dad agreed, but only if they could live out from town a bit. So, when Dana was in the fourth grade, they moved to Valdosta and rented a house until they could find land and build the home that her dad envisioned for their family.

When he found this property and showed it to his family, it was covered in vines and trees. They thought he was crazy for wanting to build a house there. Even though, they couldn't see his vision, in 1986 they moved into this house (“before” picture) on 7 acres of land with two ponds. They fell in love with it and made it a true “home”.

“Things I know my daddy built or had his hands on brings back so many good memories of times we shared together.”

When asked why she chose to use CBC Bank, Dana stated “We chose CBC Bank because they are a local bank, making local decisions. CBC has handled our farm account and made the construction process easy from day one.”

Dana said that her mom and dad wanted nothing more than for them to be in this house and enjoy it with their grandkids one day. “I know they are proud of the work done so far and will be so happy for us when it is finished. I just wish they could be here to enjoy it with us.”

“We chose CBC Bank because they are a local bank, making local decisions. CBC has handled our farm account and made the construction process easy from day one.”

Dana and Frank still have a few finishing touches to complete on their remodel such as insulation, touch up paint, and to complete the pool but they very close to moving into their “new” home. Thank you for choosing CBC Bank and allowing us to be a part of such a special story. 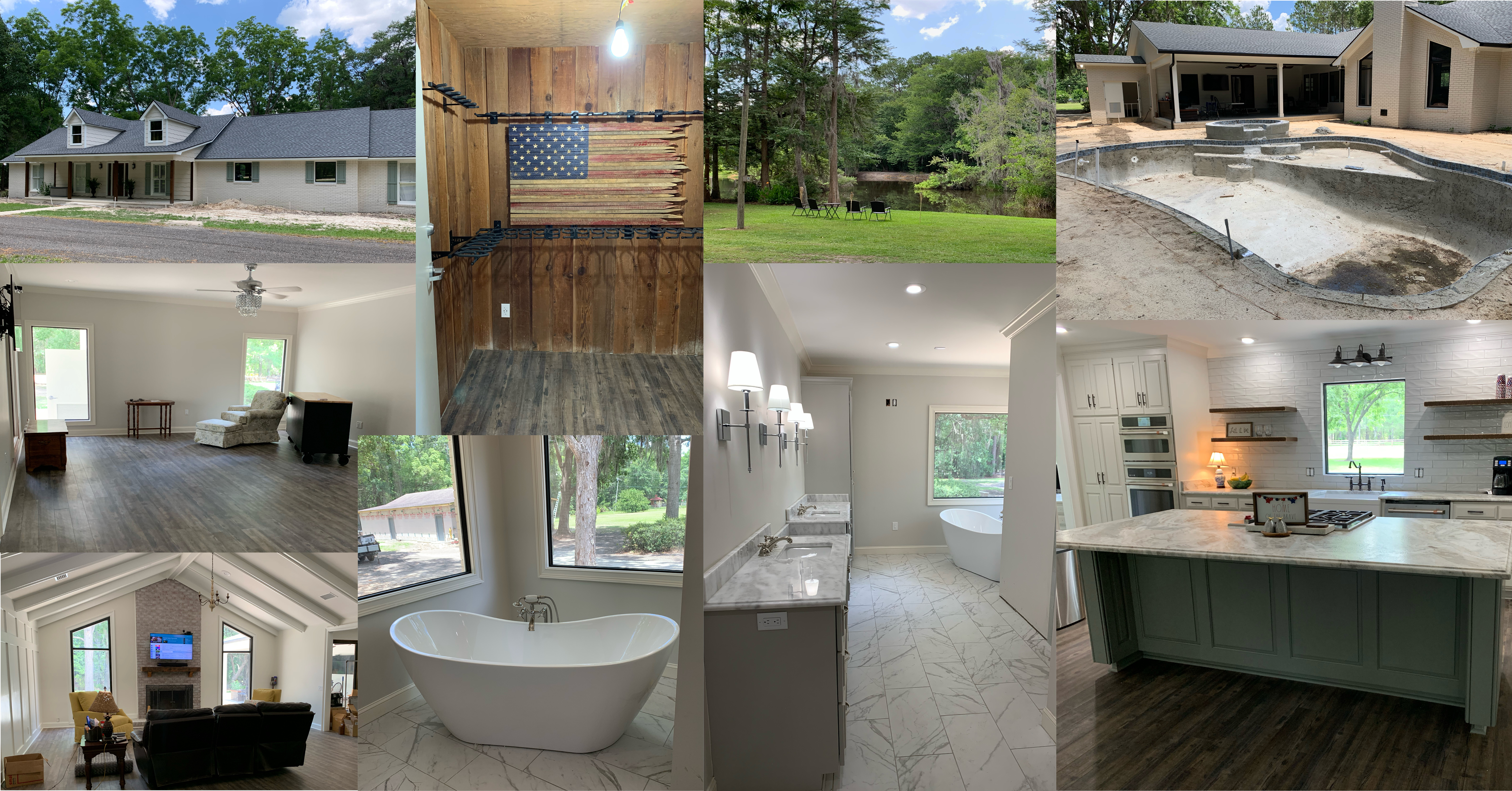 Get The Latest Posts in Your Inbox

What are your thoughts?

You are now leaving the Commercial Banking Company website. CBC Bank (including its directors, shareholders, employees, and affiliates) is not liable or responsible for the content, information, security, or failure of any products or services promoted or advertised on this third party site.